Visitors can walk inside and around this installation that takes the form of an opened circle, 25 feet in diameter and 8 feet high. Like a lighthouse, this structure-in-the-round is both a place to look outward at your surroundings and a beacon to be seen from afar. The materials and interactive nature of the artwork reference the special type of lens used at Alexandria’s own historic Jones Point Lighthouse – called the Fresnel lens – the most advanced lens technology of the 1800s, which used a series of prisms to concentrate the light source and direct it into a narrow horizontal beam that was projected outward.

Playing with the ideas of reflection and refraction of light, Mirror Mirror’s interior and exterior are clad with a mirrored surface that reflects the surrounding environment in unexpected ways. While the exterior is a monochromatic mirror that reflects the urban environment, the river and visitors themselves, the interior’s mirrored surface is tinted with the full color spectrum, providing another layer of vibrancy and interest.

The artwork is also programmed to respond to sound with light, allowing visitors to interact with the artwork and affect its appearance using their voices and bodies. LED fixtures inside each of the artwork’s vertical components are activated by sound and respond by producing light, transforming the front-facing panels from mirrored to transparent, while the interior panels remain mirrored, creating an infinite, colorful reflection that Szivos compares to “a forest of light.” 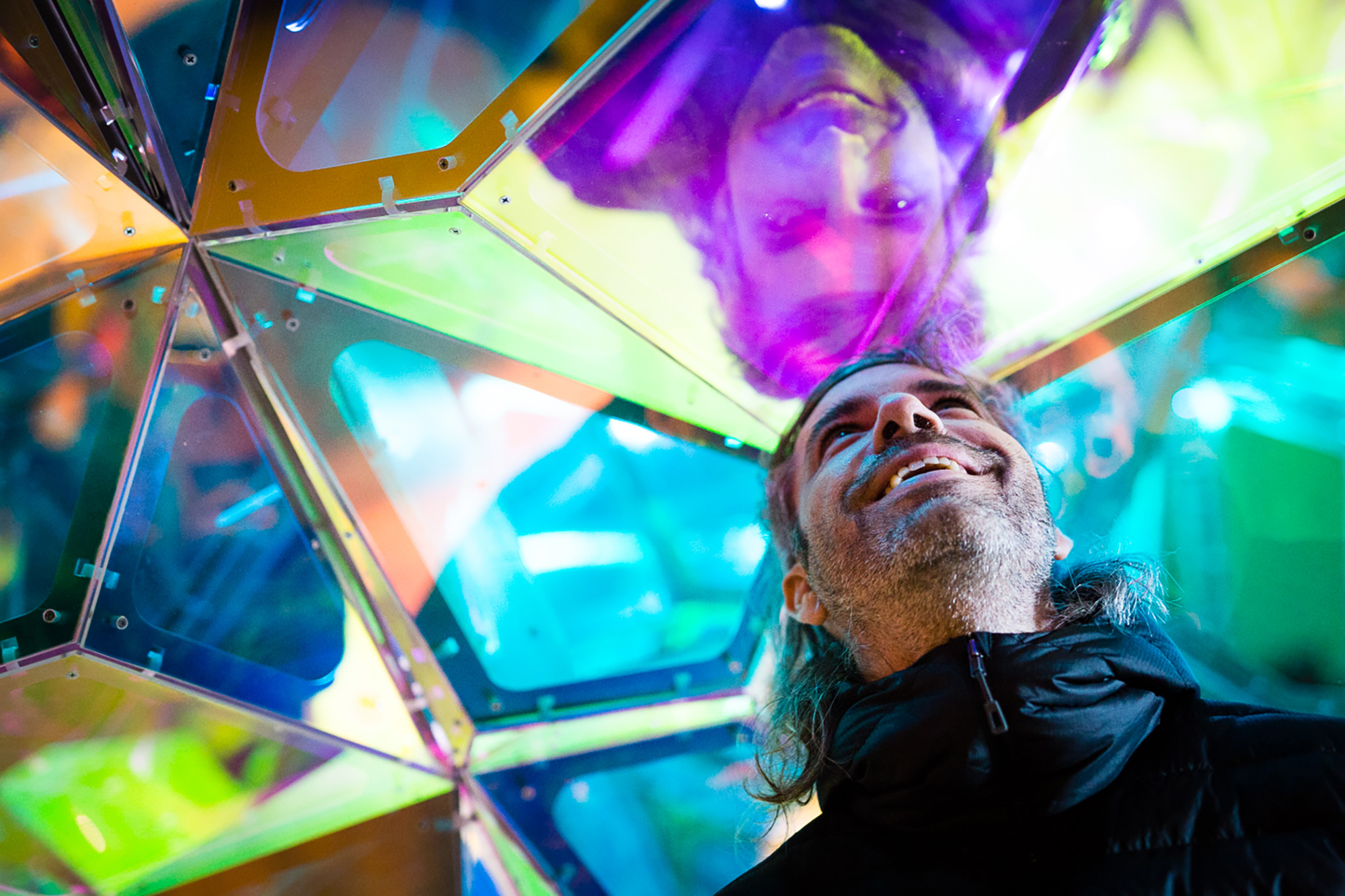 SOFTlab is a design studio based in New York City led by Michael Szivos. The studio operates at the intersection of architecture, art, video, and interactive design. They approach projects by exploring contextual conditions and effects. By examining local conditions, they create interventions that become an extension of something existing on site that might not be readily apparent. The studio develops their work as a translation of these often dynamic phenomena on the site. In that way, their work forms an experiential contextualism, rather than a literal one. The specificity of the connection to the site is made through active engagement. This allows SOFTlab to achieve projects which are unexpected, yet become appropriate as they unfold.